What is the best single serve coffee maker for home use?

That was the topic dujor yesterday when I made a quick stop at Starbuck’s for my afternoon “caffine fix”, and some of the regulars at my neighborhood shop were having a somewhat heated discussion on the topic. And, of course, I had to add my 2¢.

A short while back, I published a post about my favorite grind and brew coffee maker. In that post I referenced the Hamilton Beach Grind and Brew single serve coffee maker as the one I use when I just need one cup to get through my day. I recommended it in that post, and still highly recommend it now…

It was quickly pointed out that, even at the sale price of $159, it was outside of most household budgets, and besides, most folks don’t necessarily want a grind and brew machine. 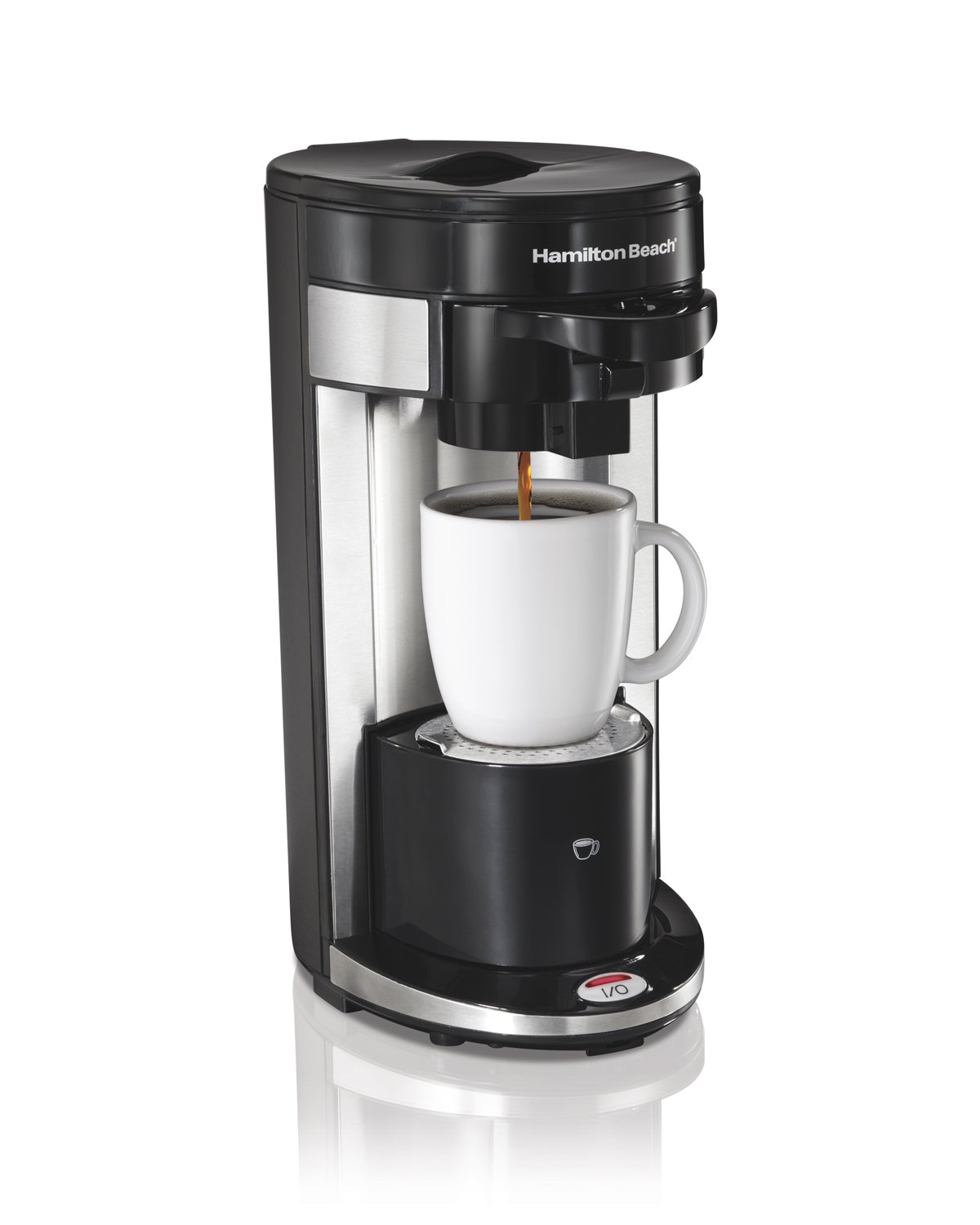 Meet the Hamilton Beach FlexBrew Coffee Maker. It’s the one I used for a very long time before I got into grinding my own beans.

It’s one of the least expensive single serve makers around (especially if you buy it at Amazon.com). While it doesn’t feature all of the bells and whistles of some of the more expensive machines. it will

It does, however, have a couple of “shortcomings” that you should know. For instance, while it does have better coffee extraction than other machines, I suspect that it’s because the brew cycle is a bit longer (almost 2 minutes per cup). On the bright side, that gives the hot water more time in the coffee grounds, allowing you to use less coffee per cup and still have the strength that you desire.

And, while it was never a concern for me, some folks don’t like the idea of the water hopper only holding 10 ounces at a time, meaning you’ll have to refill it each time you brew a cup.

Those things aside, I don’t think you’ll find a better single serve coffee maker than the Hamilton Beach FlexBrew Coffee Maker in it’s price range. Why not check it out for yourself… 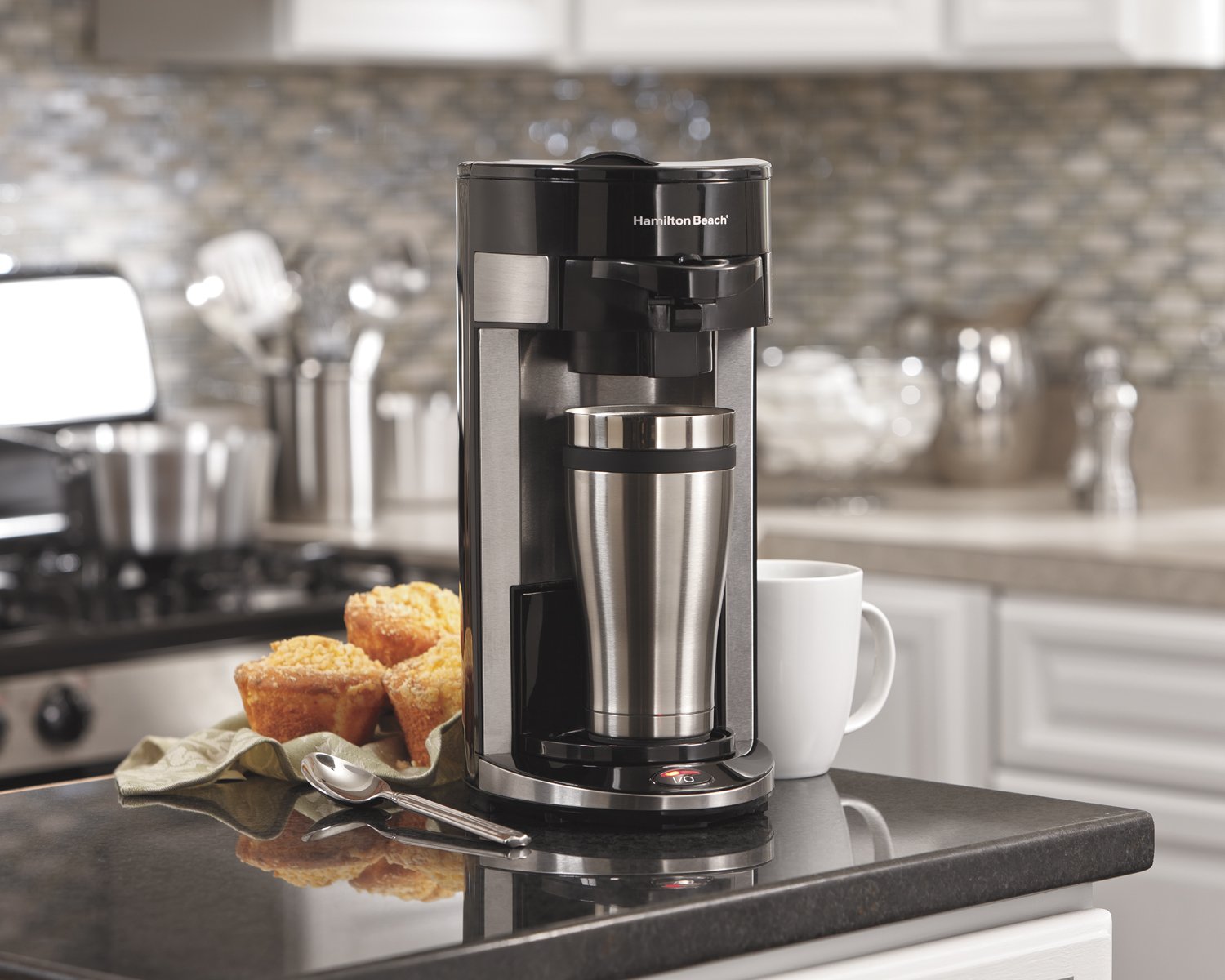